How Africa will meet its growing demand for power 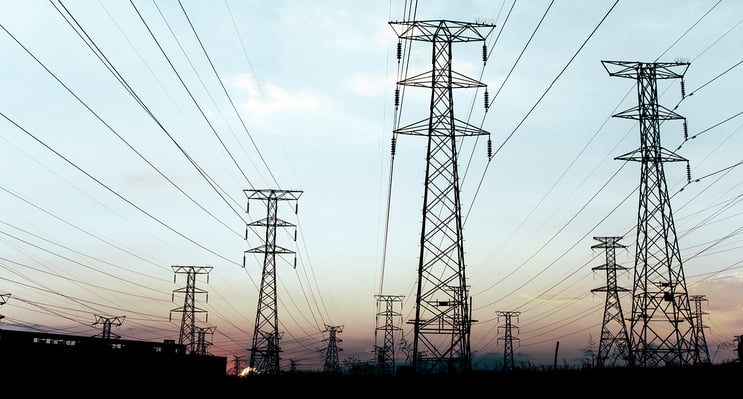 As many as 600 million people in sub-Saharan Africa, around 43% of the population, live without access to electricity. The majority of those live in rural areas but even in cities, electricity only reaches a third of the population. And this lack of power is stifling economic growth, as well as hampering improvements in health and education.

The challenges of connecting African cities, towns and villages, however, are vast, with inadequate infrastructure making expanding grid networks financially and logistically infeasible for many countries. When your roads are nothing more than dirt tracks, how do you build what is needed for a power grid?

But although national grids may be too costly an option for some countries, projections see electrification across the whole continent rising to around 70% by 2040, bringing power to 800 million more people.

So what technologies will achieve this? The future for power generation seems likely to lie in a mix of traditional power plants, some small-scale kits for individual households in remote areas, and mini-grids which will operate at a village level.

The benefits and barriers of on-grid connections

The majority of power generation in Africa still relies on fossil fuels – largely oil, gas and coal. Some countries also have the natural resources to allow other grid-connected mega-projects such as hydroelectric power from dams, which can be used to scale up national and regional energy generation and transmission.

As urbanization across the continent increases, there is likely to be greater access to on-grid power. But even where grid power does exist, the service is often unreliable and daily outages are the norm in many places. Some 30 out of 54 countries in Africa experience regular power shortages and blackouts, costing their economies on average 2% of their GDP, according to the Africa Progress Panel.

And a recent report by the Center for Global Development (CGD) which studied energy demand in 12 African countries found that among those with access to grid electricity, at least half of the population suffer electricity outages at least once a day.

Such unreliability means off-grid and mini-grid solutions, such as generator sets, are essential for people to meet their basic needs. This is the case even in urban areas, where grid networks are usually at their most developed. For example, in Nigeria the CGD study showed on-grid users in urban areas rely on generators more heavily than those with grid power in rural areas (51% versus 43%).

To meet Africa’s growing energy needs, these solutions, which are cheap and quick to install, are already filling the gaps left behind by the on-grid systems.

In many parts of rural Africa, kerosene is the most common energy source for cooking and light. But it gives off toxic smoke that is harmful to human health and the environment. It is also a major cause of fires, produces very poor light and is extremely expensive to buy.

There are now modern, high-quality off-grid lighting and energy products on the market that offer a real and sustainable alternative – mini-grids and solar home systems.

Solar home kits typically include solar panels and a battery that supports power sockets, mobile phone adapters, and light bulbs. As the name suggests, home kits operate at a household scale and are very cheap to install.

Initiatives such as Beyond the Grid, from the United States Agency for International Development’s Power Africa program, are driving investment in solar kits and it has become a boom area, providing a simple way for companies to gain a footprint in Africa and penetrate the market with limited risk. According to a recent report by Reuters, at least 11 power companies providing solar home kits have moved into West Africa, most within the past two years.

Off-grid providers have even been labelled “the new development banks”, whereby customers are given small loans to start connecting their households. The provider can use the repayment records of each customer to create an individual credit score, allowing them access to power upgrades and further loan options for other household or business appliances.

Off-grid solutions are on the rise. But they are not necessarily the answer for meeting all of Africa’s growing energy needs. Demand is high for energy-intensive appliances, especially televisions and refrigerators, that cannot always be powered by small off-grid systems.

And that means there is an emerging role for ‘mini-grids’, which use a mix of renewable resources such as solar, biomass or onshore wind turbines, and diesel generators. Mini-grids are built at a village scale and require less capital investment. But, importantly, they provide more power than off-grid systems are capable of, allowing rural areas to use more productivity-enhancing machinery and equipment. Compared to expanding a national grid, mini-grids are a much faster and cheaper option.

They can also act as a bolster for national grids, providing continuity of power during interruptions.

In 2015, two of Algeria’s main generating plants suffered power outages during the holy month of Ramadan. It was crucial to restore electricity to the population as quickly as possible.

This example from Algeria shows how mini-grids can be used to increase the resilience of existing electricity systems. When power cuts hit, a large number of businesses and households can be affected and restoring services quickly is not always easy. Mini-grids, like the one installed in Algeria, ensure consumers have continuous access to power.

At the moment, mini-grids in Africa are mostly diesel or hydropower systems. Diesel systems are at the mercy of fuel-supply disruptions and cost fluctuations, while renewable-energy generation depends on weather and seasonal patterns. Mini-grids can be built as hybrid systems, combining diesel with solar or wind power to mitigate these risks.

While significant investment is being made in small off-grid systems such as solar home kits, the reality is that both grid electricity and off-grid solutions are currently inadequate to meet many African consumers’ modern energy demands.

Rather than seeing off-grid as a competing solution to Africa’s energy problems, the emergence of mini-grids shows that both on-grid and off-grid electricity can be used together to bring power-related social and economic benefits to millions of people across the continent. By combining technology across different infrastructure platforms, the future for power generation in Africa looks bright.

This article was originally published by Mitsubishi Heavy Industries in Oxford Prospect.